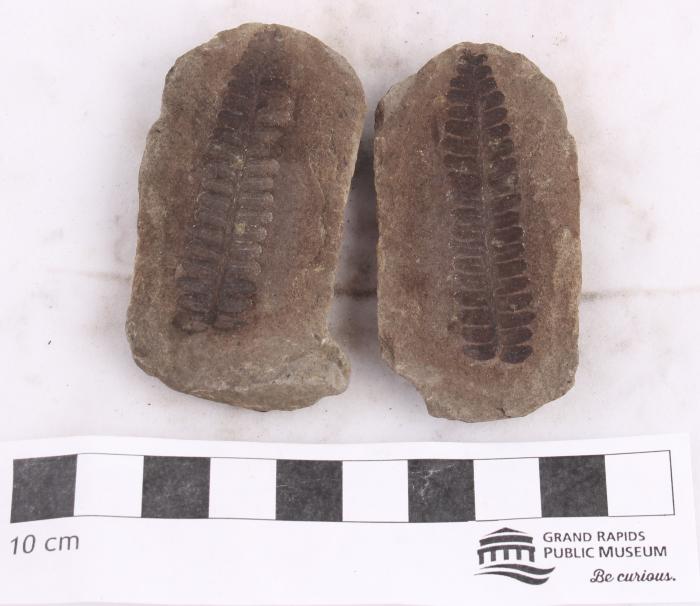 A siderite concretion that was split open to reveal an impression of a fern (consists of 2 halves, labeled A and B).

Mazon Creek, IL is a famous fossil locality containing plants and animals from 309 million years ago. These fossils formed from a large flooding event that rapidly buried organisms, allowing for soft parts to be preserved.