This child's nightgown is made of white cotton and has a crocheted yoke. There are buttons down the center front and the neck and sleeves are trimmed with lace. 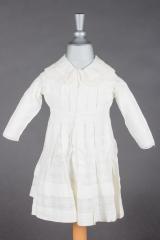 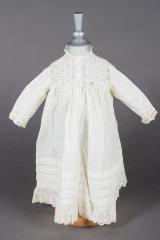 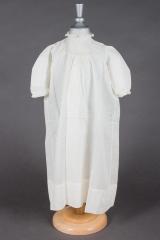