This child's nightgown is made of white cotton and has closures on the center front yoke. There is lace trim at the neck and wrists. The yoke is made of lace and there are pleats at the back of the neck. 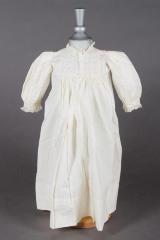 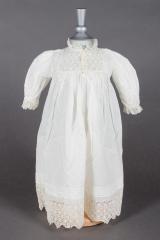