This child's nightgown is made of white cotton and has buttons on the center front yoke. There is ruffled trim at the neck and wrists. The yoke is decorated with eyelets and the long sleeves are gathered at the shoulders. 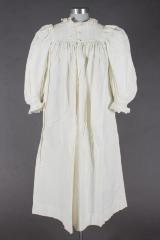 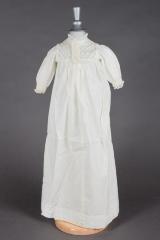 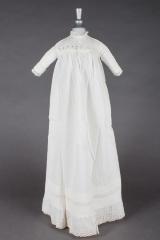