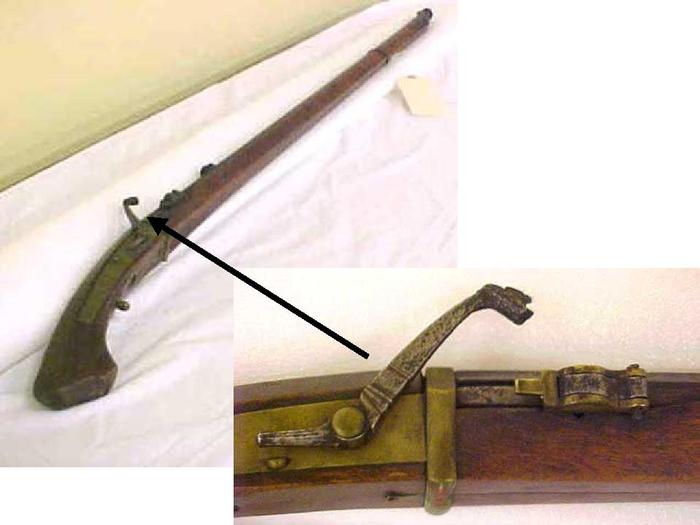 Large, matchlock musket with heavy steel barrel, club-like wood stock, and brass hardware.;This is an example of the earliest type of firing mechanism, the matchlock. It was introduced to Japan by Portuguese traders in 1543, produced by Japanese by the 1590s, and became the staple of Japanese armies only a few decades later. Although matchlocks were out of favor in Europe by the 1600s, they continued to be made and used in Japan and India into the 1860s. Japanese muskets, like this one, were made of very fine steel; in fact, many were of such high quality that they were eventually adapted into modern weapons. This is a fairly good 17th century example, and fires .54 caliber balls.

K is for Knives and Guns ()