This is a set of stays used to shape a woman’s body into the fashionable smooth, cone-shaped figure of the mid-eighteenth century. It is composed of a surface layer of blue wool and white plain weave inner layers of linen. Parallel stitching is used to create channels for the stiffening blades, which are probably made of whale baleen—often referred to as whale bone. Each panel is constructed separately with seams bound with white linen tape. Outer edges are bound with leather to keep the baleen from poking through and abrading the skin. Small stitches are taken at the end of each channel, also to keep the baleen in place. Nine eyelets are placed along the center back edge in order to lace the stays into place; they are worked with natural-colored linen thread that has been overcast around punched holes. They are spaced so that only the top and bottom pair are across from each other; the remaining are offset for spiral lacing. According to Museum records, this corset was worn by Mrs. John Ball, which could refer to the wife or mother of the locally significant pioneer.

John Ball
John Ball (November 12, 1794-February 5, 1884) was born in New Hampshire to Nathaniel Ball and Sarah Nevins Ball. He grew up in the agricultural community of Tenny Hill, Hebron, in Grafton County.

After receiving a common school education from a local clergyman, he attended and graduated from Darmouth College in 1820 and studied law for two years in New York. He was admitted to the New York Bar Association in 1824. In 1832, he traveled to Oregon under Nathaniel Jarvis Wyeth and was employed as the first white teacher of Oregon, teaching the children at Fort Vancouver for a year.

In the spring of 1833, John McLoughlin, Ball’s former employer, gave him the supplies needed to settle in Salem, Oregon and start a farm. He was one of the first Americans to farm on the French Prairie, among French-Canadians who had been settling in the area for several years. However, by autumn he was tired of the “primitive life” of farming and sold his wheat crop for a year-long sea voyage back to the United States, via the Hawaiian Islands and Cape Horn. He returned to Lansingburgh in New York but shortly thereafter settled in Grand Rapids, Michigan, in 1837.

In Grand Rapids, Ball opened a law office, partnering with former Chief Justice of Michigan George Martin and United States District Judge Solomon Lewis Withey. In 1842, Governor John Barry appointed Ball to select 3/5 of the land granted to the state by Congress for internal improvements. Ball selected mostly lands around Grand Rapids and contributed to a significant rise in the settlement of the Grand River Valley.

As a prominent figure in Grand Rapids, Ball invested in community schools and lyceums. During his service as Michigan State Representative in the 1830s, he was a key figure in the establishment of a public school system in Michigan. In 1854, he helped found the Grand Rapids Lyceum of Natural History, the predecessor to the Grand Rapids Public Museum, and donated to its first collections, the “Cabinets of Curiosities.” At his death in 1884, he willed the land that is now John Ball Park and John Ball Zoo to the city of Grand Rapids.

John Ball died on February 5, 1884 in Grand Rapids. He is buried in Fulton Street Cemetery. 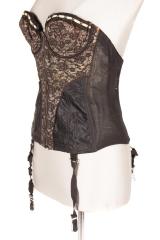 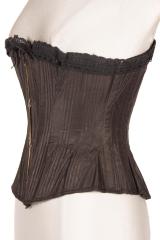