A wooden ballot or voting box. The box is supplied with a collection of white and black balls made of composite material. In this instance, the box contains three white balls and two black balls. This type of box was used by various organizations' members to vote to accept or not to accept a potential new member, as in union organizations.  A vote cast with a black marble meant that the nominee was "blackballed" and therefore not accepted as a new member. Presumably, the box could also be used to vote either "yes" or "no" on a prososal brought before the membership.

The voting process involved placing all of the balls in the open compartment away from the box's wooden handle. The voter would then reach into the box and select in secrecy either a white or black ball. The voter would then slip the ball through wooden funnel and through the interior hole inside the box allowing it to fall into the confines of the closed and top-hinged section at the opposite end. When the voting was over, the top would be opened and the balls or "ballots" would be counted.

The word ballot comes from the Italian ballotta, meaning a “small ball used in voting” or a “secret vote taken by ballots”

Wood, Masonite (bottom) Because of the Masonite bottom, assuming its originality, this box is dated later than similar boxes in GRPM's collections.

James A. Straub
James A. Straub was a Collections department volunteer and Collection Committee Member at the Grand Rapids Public Museum, offering his services as an art historian. Among his many life accomplishments were his family, and serving in the United States Marine Corps, including a 13-month tour of duty in Vietnam. His list of achievements include 27 years as Detective Lieutenant from the Kent County Sheriff's Department, Original Catalogue Director of the Mathias Alten Catalogue Raisonne, and providing significant contributions to the book, Mathias Alten: Journey of an American Painter.

Jim was honored to have been appointed by Gov. Milliken to the Board of Forensic Polygraph Examiners and by the GR mayor to the GR Historical Commission. Additionally, Jim served as President of the Command Officers Bargaining Unit at the Kent County Sheriff's Department and Vice President of the GR Historical Society. Along with his dedicated service to GRPM Jim was also a member of the Board of Kent County Employees Credit Union, the Kent County Pension Board, the Art Advisory Committee for Butterworth Hospital, the Acquisitions Committee at the Grand Rapids Art Museum and the GVSU Gordon Gallery Advisory Committee. 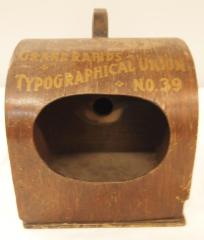 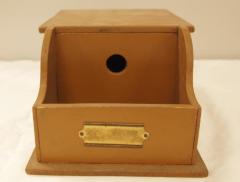