This black bowler hat, sometimes referred to as a derby hat, is made of felt and has a black grosgrain ribbon around the base of the crown. There is also black grosgrain ribbon around the edges of the brim. It has a brown leather sweatband with a stamp from Wormser on it and the same stamp can be seen on the interior crown. The hat also has a union label from the United Hatters of North America under the sweatband.

The bowler hat was created by London hatmakers Thomas and William Bowlers in 1849. It was designed to protect horseback riders from low hanging tree branches and quickly became an iconic piece of men's clothing. 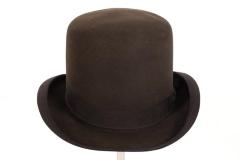 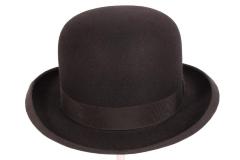 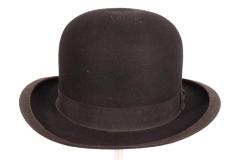