The New Progress of a Race was edited by J. L. Nichols and William H. Crogman. It was published by J. L. Nichols & Company in 1929 and it discusses the progress African Americans have made in America, despite the incredible hardships faced.


William H. Crogman (1841–1931) was a pioneering African American educator and classicist at Clark University of Atlanta in the United States. The William H Crogman School in Atlanta is named for him.[1]

William Henry Crogman was born May 5, 1841 in Philipsburg, Sint Maarten on the island of Saint Martin.[2] He became an orphan at 12.[3] He moved to the United states at the age of 14 with a man named B. L. Boomer. He attended schools in Massachusetts and had the chance to travel the world, visiting ports in Asia, Europe, Australia, and South America. After the American Civil War (1861-1865), he entered Pierce Academy in Middleborough, Massachusetts led by J. W. R. Jenks. He finished his study, and in 1870, started teaching at Claflin University in Orangeburg, South Carolina. After three years of teaching, in 1873, he enrolled at Atlanta University and in 1876 graduated as a part of the first class of the school. He then took a position at Clark University of Atlanta where he became professor of Greek and Latin.[2] He was the first person to receive a Doctor of Letters from Atlanta University, which was awarded as an honorary degree. He also received an honorary Doctor of Laws.[4]

Ruth Herrick
Born on July 6, 1895 in Ohio, Ruth Herrick became known as one of the first women physicians in Michigan. She studied at the University of Chicago Medical College and at Blodgett Memorial Hospital. Afterwards she began her practice in 1931 in Grand Rapids. She was an avid collector and took a strong interest in archaeology, having lectured at the Greenfield Village Museum and wrote and published a book entitled "Greentown glass: the Indiana Tumbler and Goblet Company and allied manufacturers (1959)". In 1961 she cooperated with the Kent County Medical Society in compiling a historic medical collection. She retired in 1973 and later passed away after an automobile accident on June 7, 1974, with many of her assets bequeathed to the Public Museum. 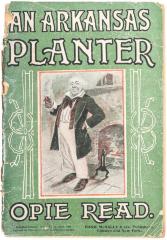 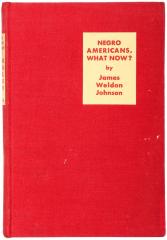