The iron lung is a negative pressure cylinder where patients would lie down inside with their head sticking out through an opening at the top. Rows of these machines filled hospital wards at the height of the polio outbreaks in the 1940s and 1950s, assisting the breathing of many children and some adults. A polio patient with paralyzed lungs could spend up to a week inside an iron lung but in the case of this particular artifact - 40 years.

This iron lung was originally purchased by the Elks Club for Holland City Hospital. It was used for 40 years by Holland resident Marjorie Cooper, a woman diagnosed with polio in 1945 at the age of 26. She spent four years living in the machine in hospitals and around 1949, her husband John convinced the doctors to allow him to care for her at home. She spent 36 years in the iron lung at home until she passed away in 1985 from the disease. Although polio severely changed her life, Marjorie amazingly raised a family and lived in a happy home with her husband and 2 sons, Dale and Jerry, in Holland, Michigan.

The iron lung was eventually transferred to Mary Free Bed Hospital in Grand Rapids who gave it to the donor, Mr. Merl Petzold of Cascade, Michigan. It had another important purpose as Mr. Petzold, following his retirement as the Chief Engineer for GM, used it to test electronic equipment for physically disabled persons. His wife, Nadine Petzold, suffered from multiple sclerosis and had lost the use of her arms and hands. Merl wanted to use his skills to provide her with new devices that would improve her life and the lives of others with disabilities.

This machine is made of cream-colored enameled steel and a negative pressure cylinder with a head opening and various handholes around the perimeter which have foam rubber gaskets. There are two clear plexiglass windows on either side of the chamber and a mattress lays inside. The chamber is supported on a steel frame which terminates on six black rubber wheels. Also attached to the chamber is a large rubber bellow or diaphragm and a belt-driven motor. Controls and gauges can be seen on the side and two push handles protrude from the head end of the cylinder.

Artifact GR (2012 – 2013)
Artifact GR was a project which invited members of the community into the archives of the Grand Rapids Public Museum, and asked them to write about their experiences.  The resulting submissions were cataloged in an interactive website (www.artifactgr.org) and in a published book (http://www.blurb.com/b/4400444-the-artifact-projectsoftcover).

NURSING: A Dynamic Profession (April 30 – May 29 2016)
As a tribute to nurses throughout West Michigan and around the globe, this exhibit celebrates this dynamic profession through artifacts from the GRPM’s Collections and our community partners. From nursing on the battlefield to the ICU, these past and present-day objects connect us to the profound impact nurses have had and continue to have on our lives.

With the health reform of the late 19th century, transforming hospitals from charitable hospices to therapeutic institutions, came a dependance on trained nurses. Nursing quickly became the largest workforce in the healthcare system and continue to be so today.
Nursing is a lifelong pursuit that requires great commitment to patient care and professionalism. Medical science is constantly evolving, thus the nursing profession is constantly changing and nurses must continue to train in new skills and technologies throughout their careers.The GRPM thanks nurses for all they do!

Warren E. Collins, Incorporated (creator) Merl Petzold (donor) Marjorie Cooper (used by)
Marjorie Mast Cooper was born in Drenthe, Michigan in 1919 to John and Jennie Mast. She married John Cooper and together they had two children, Dale and Jerry. In 1945 when she was 26, Marjorie was diagnosed with polio. She spent the following 40 years living in an iron lung until she passed away from the disease in 1985. 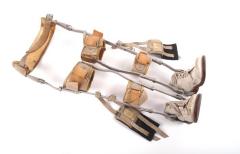 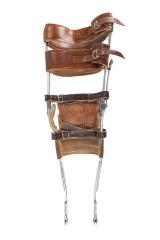 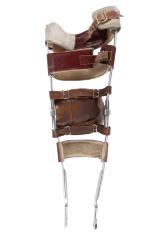 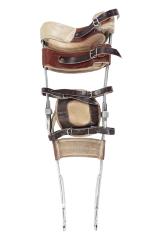 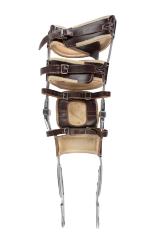 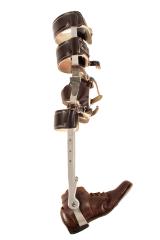 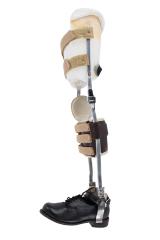