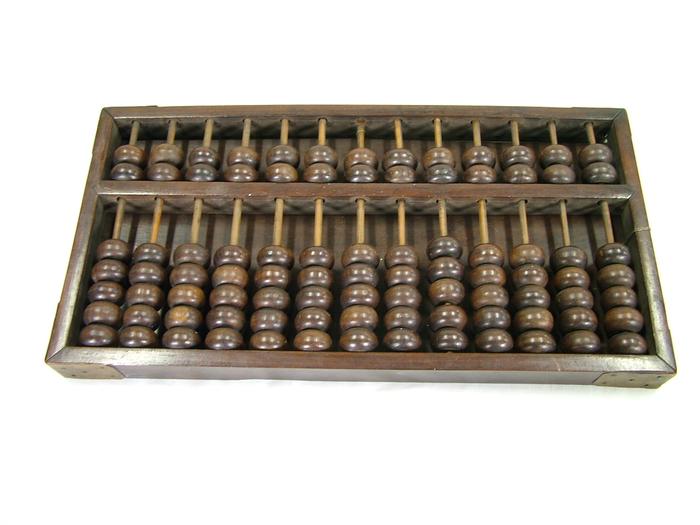 An abacus is an ancient tool used for counting and making mathematical calculations. This abacus is modeled after a traditional Chinese version called a suanpan or counting tray. These tools are still widely used in business in Asia and Africa, however, in the United States, the abacus has largely been replaced by calculators and computers.

Discovery Kit: Numismatics (October 25 2019)
Discovery Kits include a variety of artifacts and specimens from the Museum’s Collection that allow students to investigate global and local objects. The Collections support the Museum’s mission of inspiring curiosity and discovery around science, history, and culture. Each kit includes objects from the Museums archives, helpful resources and suggested activities. Discovery Kits are a great way for teachers to incorporate primary source and object-based learning into the classroom or as a way to prepare for or extend a Museum visit. 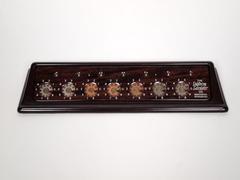