Pine Rest established its own nurses' training school in 1918. It was the first program in Michigan to train nurses specifically in working with psychiatric patients. The course consisted of a combination of classroom study and supervised practice in the hospital wards. Coursework included anatomy, physiology, fundamentals of nursing, medical-surgical nursing, psychiatric nursing, psychology and vocational relationships. Their nursing program ran until the 1970s. It was the nurses who had the most sustained contact with the patients and Pine Rest considered them to be an important member of the patient's therapeutic team. This uniform was worn during the 1960s by a nurse in training.

The items in this accession were donated to the Grand Rapids Public Museum following Pine Rest's 100th Anniversary. The staff and volunteers at Pine Rest gathered together hundreds of artifacts, documents, and photographs from their century-long history for the anniversary celebration in 2010. Following those events, Museum staff visited Pine Rest several times, and in consultation with the Pine Rest staff and volunteers, collected over a hundred items that will help tell their stories. The collected artifacts are cataloged individually in this database, while the photographs, documents, and other printed material are described in the finding aid for the Grand Rapids Public Museum's Archival Collection #229.

Pine Rest Christian Mental Health (donor)
Pine Rest Christian Mental Health Services is a psychiatric hospital and behavioral health provider, with the main treatment campus located in Gaines Township, Michigan. It was founded in 1910 as the Christian Psychopathic Hospital. Pine Rest is one of the five largest free-standing behavioral health providers in the U.S., offering a full continuum of services including addiction treatment and recovery, extensive child and adolescent programs, senior care services, and Electroconvulsive Therapy (ECT). In addition to the main campus in Grand Rapids, Pine Rest also has 20 outpatient locations throughout West Michigan and two in Iowa. International Ladies’ Garment Workers’ Union (is related to)
Alternate names: ILGWU
The International Ladies’ Garment Workers’ Union was founded in 1900 in New York City. It was one of the largest labor unions in the country and was also one of the first United States unions to consists mostly of females. In 1995 the union merged with the Amalgamated Clothing and Textile Workers Union to form the Union of Needletrades, Industrial, and Textile Employees, also known as UNITE. In 2004 UNITE merged with the Hotel Employees and Restaurant Employees Union creating UNITE HERE.
Snowhite (creator)
Snowhite was a company located in Milwaukee that specialized in nursing uniforms. 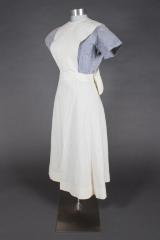 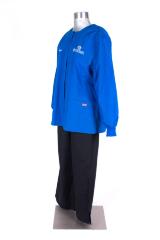